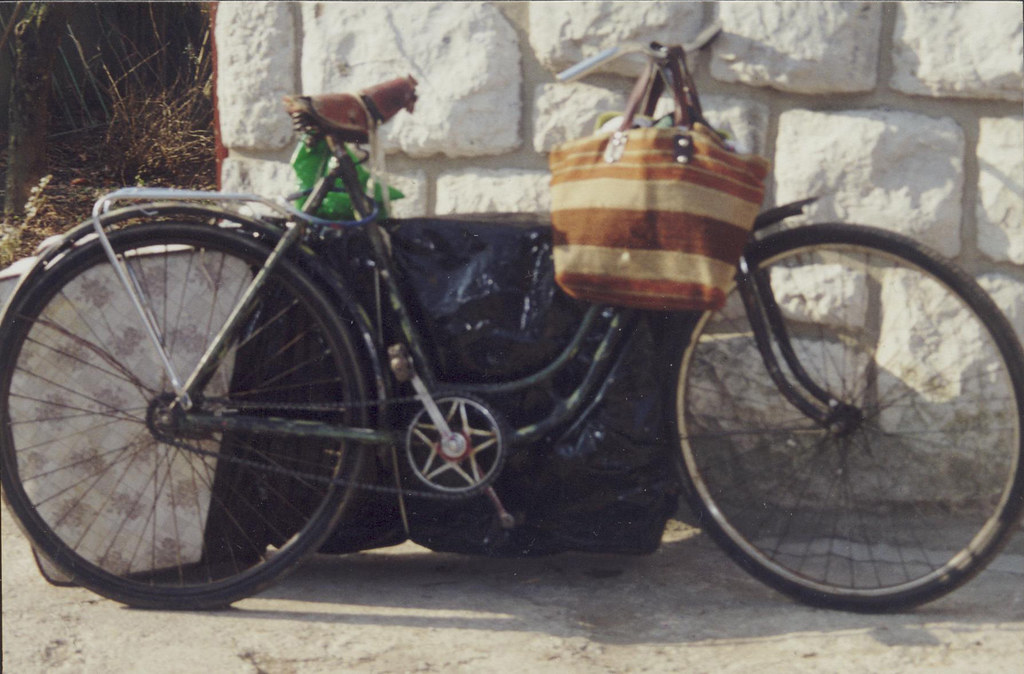 In the project Following my grandfather I secretly followed my grandfather while he was collecting old lumber. He collected things, which others find useless; the reason why they have thrown them away is because they consider that these things no longer have any value (material, sentimental or memorial), but my grandfather thought that these things still have a meaning and he funded them a reason for their existence.

My grandfather as an ex-tradesman developed this habit as a consequence of his profession and  surviving on the everyday market in the time after the Second World War and in his senior years this shows up a as deviation, or digression, of normal behaviour.

In our family this not normal “behaviour” of my grandfather’s was a kind of taboo, so we never really discuss it, but rather look away. So, that why I decided to document one of his trips.

My grandfather was despite his age very quick on his bike and I needed four days to catch him. That day (16.4.2000) he found two old mattresses in our neighbourhood and some other small things and when he came home he installed them in the garden.

With this project I wanted to point out this special habit of collecting trash which is really not so rare among seniors. Instead of ignore or to be ashamed of such habit, we better try to understand or to find out of what reasons they appear.